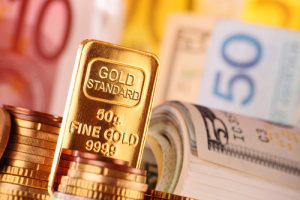 Gold futures declined on Tuesday for a fifth straight session, and marked their lowest settlement in about six weeks as the U.S. dollar strengthened.

“The recent uptrend in the U.S. dollar index remains a bearish outside market force for the precious metals markets,” Jim Wyckoff, a senior analyst at Kitco Metals Inc., said in a report. “The dollar index hit a seven-week high today. A rally in the U.S. stock market Tuesday also pulled away buying interest in the safe-haven gold market.”

U.S. Mint bullion sales increased on Tuesday by 32,000 ounces in American Silver Eagles. The Mint is limiting Silver Eagle sales this week to 1,057,500 coins. Bullion distributors ordered 81.4% of them through Tuesday. 2016 American Silver Eagles are running at a record pace with 22,803,500 sold, representing a 37.6% increase over those sold through same time in record-breaking year 2015.

Our Curations give full credit to the author…. coinnews.net