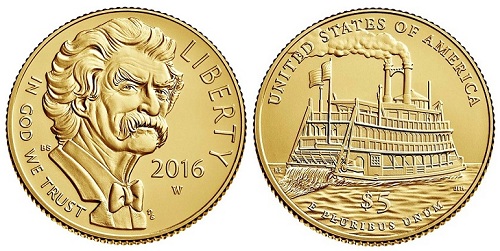 The value of an ounce of gold has decreased by more than $52.30 an ounce in the last week, and today the U.S. Mint lowered prices on its gold collector coins.

Gold’s current value is $1,220.60 per ounce, according to the London Bullion Market Association; this iswell below the minimum for the previouspricing bracket, which was to be applied as long as gold stayed between $1,250.00 and $1,299.99. The updated prices for numismatic gold coins will remain in place until the value of gold is no longer consistently appraised at $1,200.00 to $1,249.99 an ounce.

The chart below includes prices for categories of gold collector coins on offer at the U.S. Mint. The first column lists each coin, while the second and third columns respectively display the previous costs of the items along with adjusted prices following the decrease. The pricing chart for all three of this years Centenntial Gold Coins can be found here.

In other news, the sales total for the 2016 Mercury Dime Centennial Gold Coin has received a large negative correction for the fourth week in a row. The Mint’s newest sales reportshows that the item’s sales now stand at 116,299 units, 1,396 less than the total posted last week and 6,211 less than the original tally published by the Mint on April 26. Though it is unlikely the Mint will sell the exact number of coins allowed by its 125,000-piece mintage limit, there is technically room for as many as 8,701 more sales of the coin.

Our Curations give full credit to the author…. mintnewsblog.com